The best way to learn Dutch or Spanish!

Imagine you walk into a bar, get seated at a table with a few Spanish people as well as some Dutchmen, introduce yourself and start to talk Spanish. In a while you switch languages. That’s how you learn each other your language!

That would be perfect, wouldn’t it? Exactly, that’s what we thought about it. In Spain there are lots of places like this. It’s good. And it’s fun! So we thought it was stupid it didn’t exist in Amsterdam. That’s why since 2012 we’re organizing it ourselves.

You’re in doubt ’cause you’re shy and afraid you won’t be able to say anything? No problem. To help you we hand you some topics and assist you when needed.

We meet at evenings from about 20:00 to 22:00 (or later if we wish). The place where we meet and times may vary, so subscribe to stay in touch, via this website or via our facebookgroup. For sure it’ll be a nice bar in the center of Amsterdam.

Dude, my english is fluent, I can’t speak Dutch nor Spanish very well and badly want to practice the first!

If this Spanish-Dutch thing will be a succes and we’ve got enough requests like yours we’ll organize a Dutch-English version too! 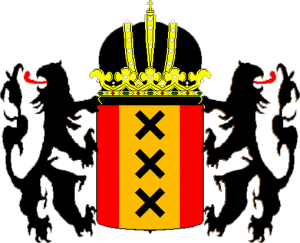